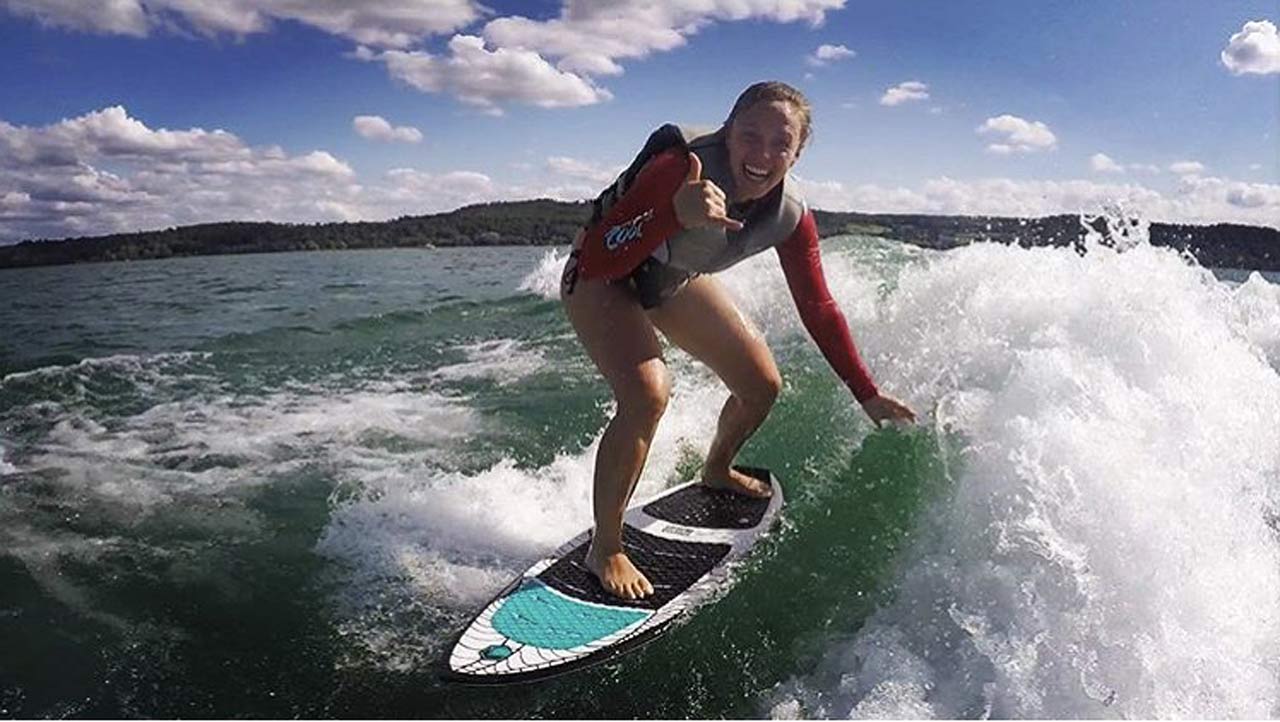 What if the surf is flat? Or worse yet, you’re landlocked? No worries! Surfers no longer have to worry about flat waters or living far from the coast. With technological advances in producing artificial waves and surf equipment, wave riding is becoming more accessible and possible where you would least expect it.

A wave pool is a swimming pool in which a machine generates waves, similar to those of the ocean. In recent years there’s been a boom to create bigger and better wave pools led by a Spanish cutting-edge engineering company called Wavegarden, as people are willing to pay for ocean perfection. Finding the perfect wave is every surfer’s dream and is officially hard to come by. Few beaches have a bottom contour that can transform a swell into waves that surfers want to ride, and even then, the characteristics of the swell combined with ever-changing winds and tides mean epic surf sessions are few and far between. Enter man’s pursuit to re-create this natural phenomena again and again and again. According to Australasian Surf Business Magazine, the wave pool market is so hot right now that there are pools planned for every continent except Antarctica in the next two years. 11-time World Surfing Champion, Kelly Slater, unleashed his version of the perfect wave in a project which cost a reported $30 million and took 10 years to create. Slater’s wave pool, the Surf Ranch, is regarded as the best artificial wave pool in the world and now hosts the World Championship Tour event. Slater is also building another lagoon just outside of Tokyo in time for the 2020 Olympics where surfing will make its debut. As Slater says, though, ”nothing will replace the ocean”, adding that artificial waves should “supplement” that experience.

Wakesurfing has actually been around for awhile, however it didn’t start to catch on until the 90’s. Initially surfers would surf on a longboard (made for ocean waves) behind a boat, riding the boat’s wake without being directly pulled by the boat. This was called boat surfing. Then companies began to modify boats and boards specifically for wakesurfing. Wakesurf boats are weighted to one side to create cleaner, sizeable waves on the weighted side, and are inboard boats where the propeller is tucked under the boat, making it less likely to make contact with the rider. Wakesurf boards are thinner, lighter and smaller. Surfboards were a lot heavier and thicker because with the amount of speed and pressure of an ocean wave you need a board that can withstand the big waves. Because a boat can provide you an endless wave on which to practice and perfect your skills, anyone with access to water and an inboard boat can give it a go.

And of course one can’t forget to mention that there are also insane river waves to be surfed. Any place with rivers can have waves. The most common type of river surfing is on Standing Waves. Standing Waves are stationary. These waves are formed by the combination of fast moving water going over a drop or slope and then coming back up to form the wave. River waves come in many different shapes and sizes from mushy whitewater to permanent barrels that you can stand up in.

For me catching and riding waves in the ocean is incomparable. The challenge to paddle to the outside while taking a series on the head, those air drops at the most critical part of the wave and never catching the exact same wave is what makes surfing what it is: a uniquely mind-blowing experience. Moreover, the connection to nature is priceless. In this era of being constantly connected to the internet, in the waves you can unplug and reconnect yourself to the elements. Sometimes you might not catch a single wave but you can experience yourself to the fullest—physically, mentally, emotionally, and spiritually. But if I had the opportunity to catch an artificial wave or ride a jet powered surfboard, of course I would be in there like swimwear! We should experience all the possibilities of surfing because all are a means of diversion and evolution.

Go have fun and be safe!

The Surf’s Cool is committed to your excellence. Our customized functional surf training, for all surf levels and ages, is designed exclusively to evolve your performance in the waves.